The Elim model baptistry has been our most popular model for years now.  It has different variants to suit but the Standard Elim has been the most popular of the lot!  There’s now a new model to add to the range – the Elim Eco.  It saves on water, energy and your budget.

The most common dimensions requested are (ignoring the steps) 210cm long by 150cm wide by 120cm deep (7 foot by 5 foot by 4 foot in old money).  But we’ve been asking ministers who’ve had a baptistry whether these sizes were OK for them.  All said they were OK but a few said the pool could be smaller. They’d always thought that if the candidate was 6’6″ tall, the pool would have to be that long.  But they found that was not the case.  “When you lower someone backwards into the water to baptise them, they’re not as straight as a plank!”, said one of the ministers.  “Because we’ve got the steps too, we could have got away with a pool only 180cm long or even less.” 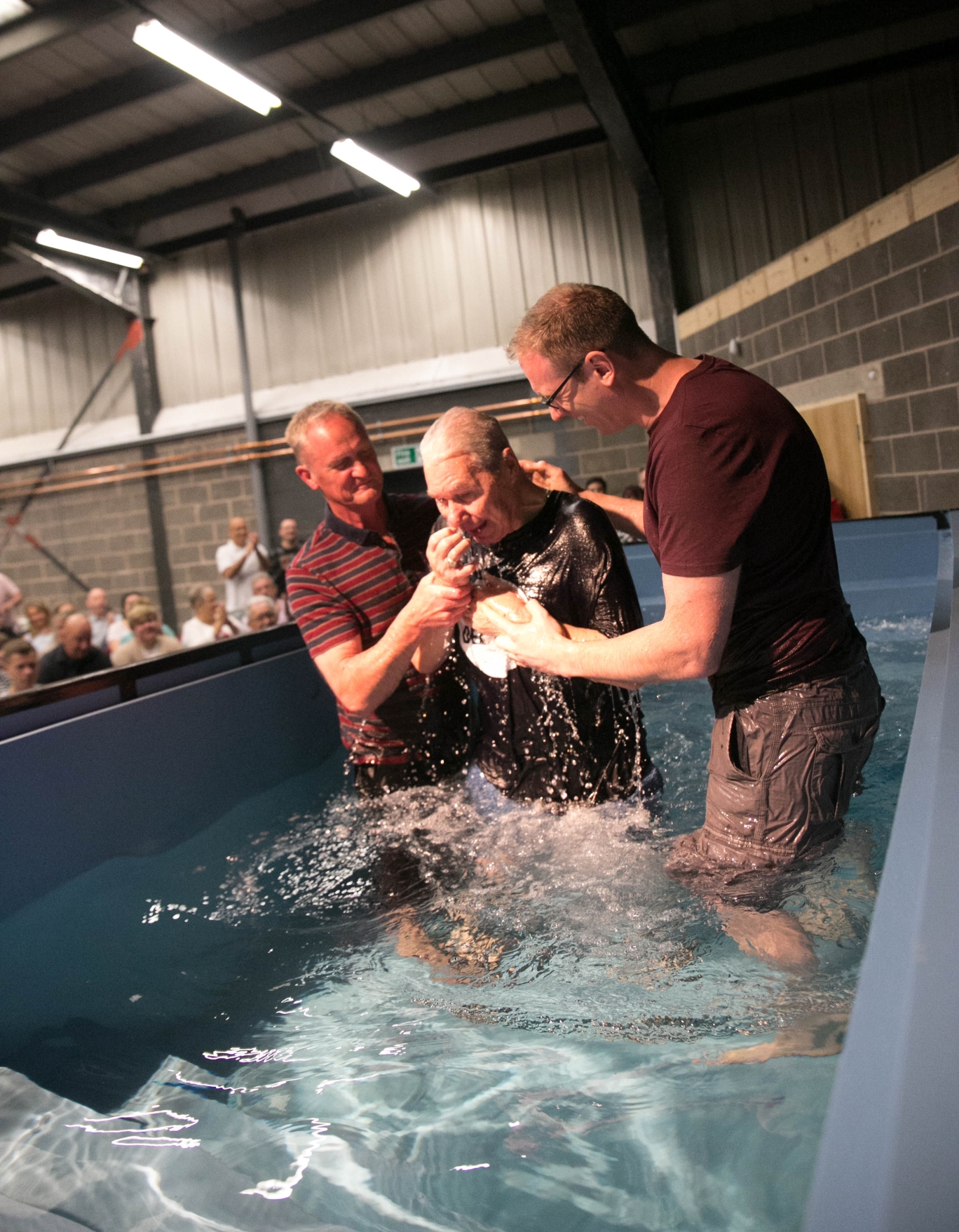 “When there were three of us in the pool, we thought 150cm wide would be fine, perhaps even a bit too cramped.  Now, we could get away with 120cm”.

“In the end, it is just water we don’t need to waste or heat.”

The depth, however, was what everybody wanted.

So, we’re making a bit of a push for the smaller versions of the Elim baptistry and rolling them into a model called the Eco, because you save water and save on the heating of the water.  It is the same depth (120cm) but is 30cm narrower and shorter.  This saves nearly 1000 litres of water, and the heating of 1000L of water.  All the Elim range are insulated as standard.  Not only do you lose 1 ton of water, you knock £900 off the price of manufacture!